I once read an article in the Independent that, 400 million years ago, a creature called Acanthostega lived in muck at the bottom of the sea. It had a salamander-like body with big glassy eyes atop a flat, Muppet-style head. Acanthostega was the earliest known vertebrate lifeform that crawled out of the sea to live on land. But why bother? And was it some version of Adam, the first man?

For some reason, my wife thinks this poem is autobiographical. Anyway, it is the beginning in so many ways. The first post in this poetry blog. The opening poem I read whenever I perform my poetry. In fact, the first poem I ever wrote.

I’m Adam the Acanthostega.
My quality of life’s quite meagre.
Lurking on the Atlantic shelf
I feel I can’t express myself.
There’s little point in being ambitious
when all you meet are ancient fishes.

On reaching land – if I could make it –
I’d run around completely naked.
Then settle down and find a wife
and venture out to get a life.
Once I’d evolved a little more
I’d open an account offshore.

I’m Adam the Acanthostega.
I’m feeling pressured and beleaguered.
Skulking underneath the oceans
I can’t tune in to my emotions.
I try to share with my pal Bob.
Sadly, he’s just a primitive blob.

I did once date an alligator.
She was a poor communicator.
I said, you’ll soon get over me.
There are plenty others in the sea.
She smiled; meanwhile her tail went splat
and ever since my head’s been flat.

I’m Adam the Acanthostega.
Plumbing depths of around one league, ugh
can’t stand this dirt and filth and grime
the mud, the muck, primeval slime.
I’d really love to power shower
and spray myself with passionflower.

Then out to dine, a top class venue
but please no seafood on the menu.
I’ve always had first rate relations
with lobsters, crabs and other crustaceans.
Though I wouldn’t mind a glass of wine
to take away the taste of brine.

I’m Adam the Acanthostega.
I’ve never been to Leeds or Riga.
The Seven Wonders of the World
are to me like a flag that’s furled.
These torpid hours concealed in murk
would drive any vertebrate berserk.

I sometimes visit that rock there.
I go by sea and not by air.
It isn’t much of a vacation,
so little chance for recreation.
As skiing doesn’t yet exist
I’m feeling terribly off piste.

I’m Adam the Acanthostega.
Not second rate, I’m a premier leaguer.
I lead my cohorts from the fore.
So I’m the first to crawl ashore.
As I later mentioned to my daughter,
the first ever fish that’s out of water.

And I find the fresh air very taxing.
So I build a deck chair to relax in.
But someone’s made it here before us
and I don’t mean a dinosaurus.
When I return to my deck chair
a German towel is already there. 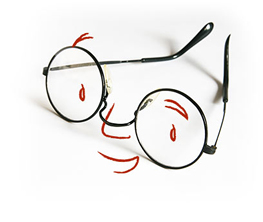 Hi, Adam Taylor here. Welcome to my poetry etc blog. You’ll find poems about anything and everything, from messiahs to the mafia, from Englishness to Jewishness, from evolution to tea – and including news and politics from my time as BBC World Service resident poet. Adjectives people have kindly applied to my poetry: irreverent, striking, quirky, pacy, menacing, playful, satirical, mordant, witty, pithy, crisp.

Or Browse Poems By